CPVC vs PVC (What’s the Difference?) 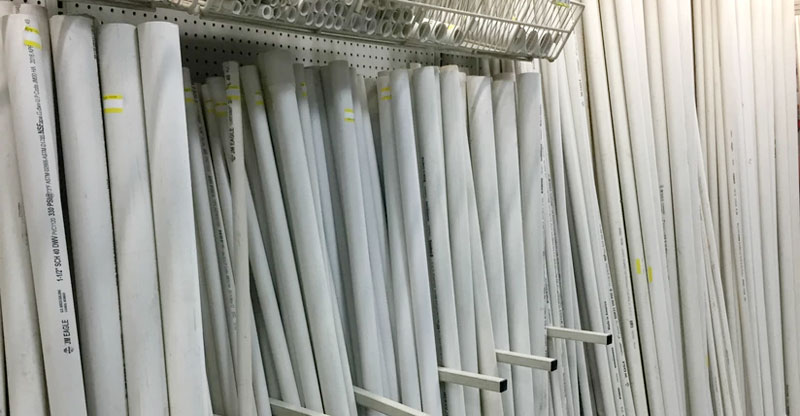 But what’s the difference between PVC and CPVC, and which is better?

PVC, or polyvinyl chloride, is the third most used plastic today. It’s usually white and is solid, durable, and odorless. Currently, it’s the leading product used in home plumbing and also has extensive commercial and industrial use.

Unlike other plastics, PVC doesn’t rely upon fossil fuels or other limited resources to be produced. It has the ability to be recycled or adapted to various conditions. In addition, it’s able to be used around a variety of chemicals that might compromise other materials.

There is some concern that PVC contains as much as 57 percent chlorine and also has a high carbon and salt content that may be released if burned or left in a landfill. However, there is no solid evidence of health risks in the home at this time.

Additionally, PVC pipe replaces traditional metal pipes which can corrode and pollute your drinking water while also being less expensive to maintain.

While research into a phthalate-free version of PVC is ongoing, several other variations of this plastic have been created for more specific tasks, including CPVC. These new plastics can be used in situations where regular PVC fails.

CPVC stands for chlorinated polyvinyl chloride. While the name sounds redundant, it describes the process of increasing the chlorine content in PVC. Commercial CPVC usually has 63 to 69 percent chlorine content, but is capable of containing as much as 74 percent.

The chlorine molecules in CPVC make it able to remain rigid in much higher temperatures, leading to its use in hot water piping, ductwork, and applications traditionally hostile to plastics. As with PVC, CPVC can be used in pipes and fittings, but may also be combined with other materials in various industrial settings.

Due to the additional processing involved, CPVC is more expensive as a material than PVC, but remains more cost-effective than traditional materials.

It has a much wider range of industrial and commercial uses than PVC. Home use tends to be mostly in HVAC applications, such as plumbing or ventilation.

When to Use PVC or CPVC 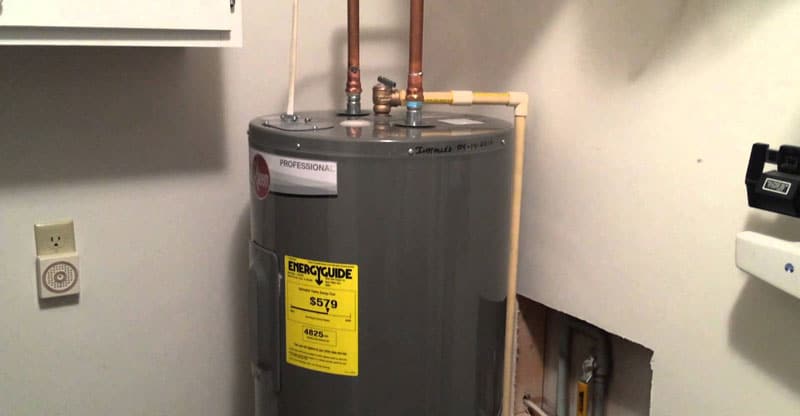 For this reason, CPVC is preferred (or an actual code requirement) for hot water piping where temperatures may exceed PVC safety limits. The overflow pipe that connects to the pressure relief valve is a commonly made of CPVC. PVC is still more commonly used for cold water and waste pipes, where it’s cheaper to use.

Another time when you should choose CPVC vs PVC is in replacing copper pipes. Both forms of PVC are available in NPS (nominal pipe size), with NPC scaled CPVC pipe usually being a light grey color. However, CPVC also comes in CTS (copper tube size) scale, usually a light yellow color.

As the name implies, CTS scaled CPVC is a perfect replacement for copper piping and will fit into the same confines as your existing copper pipe.

A third consideration is chemical exposure. While CPVC is made from a PVC base, the two have different chemical compositions. For this reason, PVC will be more resistant to some chemicals than CPVC and vice versa.

Always consult a chemical compatibility chart before choosing between these two materials when using in a chemical application.

Can PVC and CPVC be Glued Together? 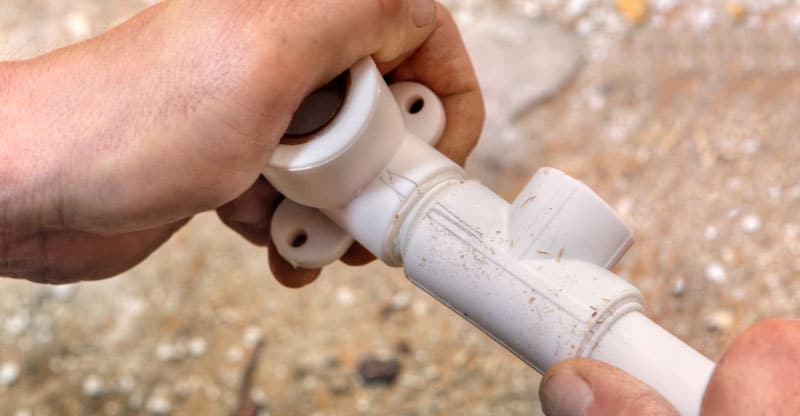 While it’s possible to combine the two materials, the ideal adhesives are different for PVC and CPVC. In addition, combining the two may compromise your system.

These two materials have different pressure and temperature ratings which could lead to leaks or other issues during use. 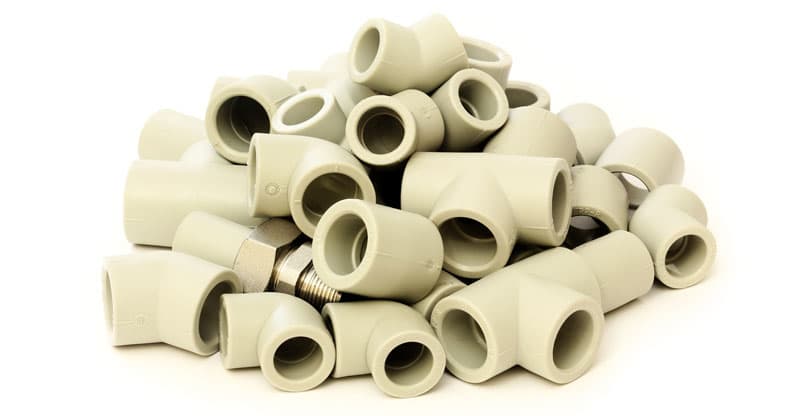 CPVC is not only available in a number of pipes, but also a wide range of fittings. These fittings will allow you to connect CPVC pipes in a wide range of configurations.

Reducing joints allow you to connect a different pipe size, but are not available in all types of fitting. Most reduction fittings are available with either CPVC or brass threads. Some of the more common fittings include: 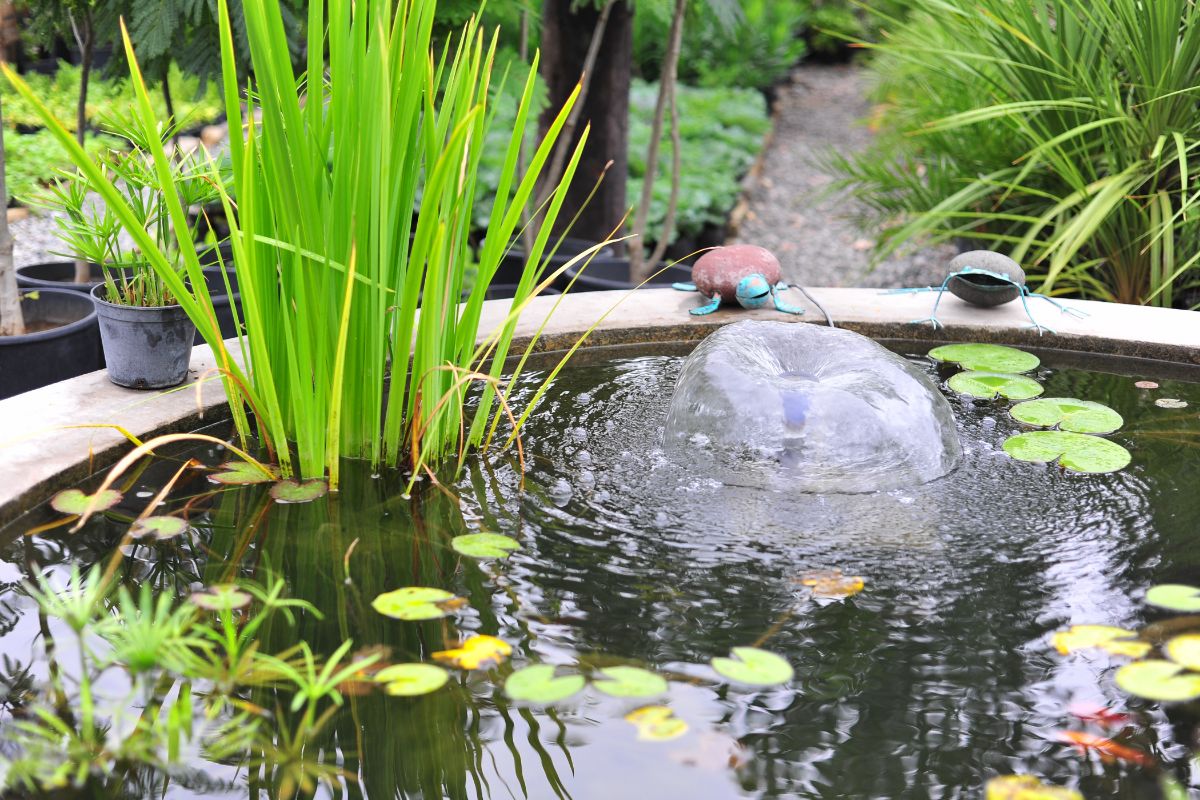 3 Actions For What To Do With Your Unwanted Pond 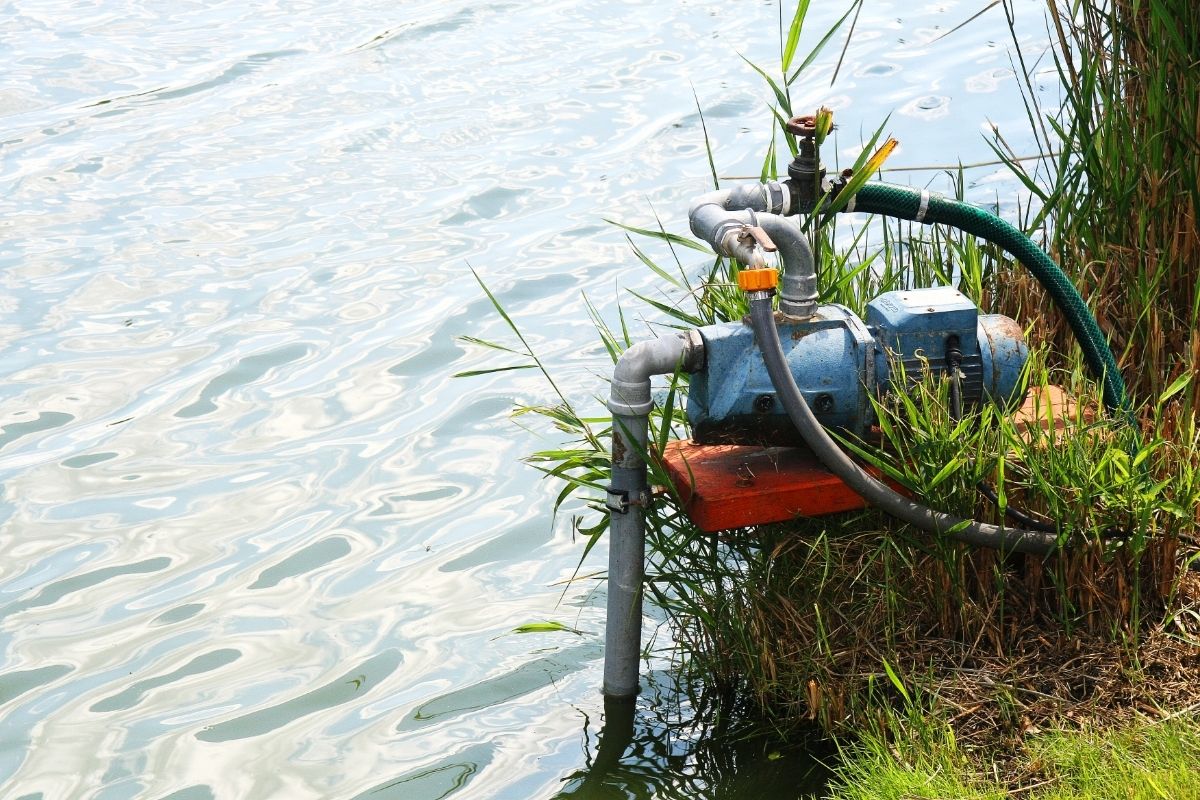 What Size Pond Pump Do I Need: A Guide To Pond Pump Sizes

Plumbers Putty or Silicone To Seal A Bathtub Drain?