What Is A Roman Tub Faucet? 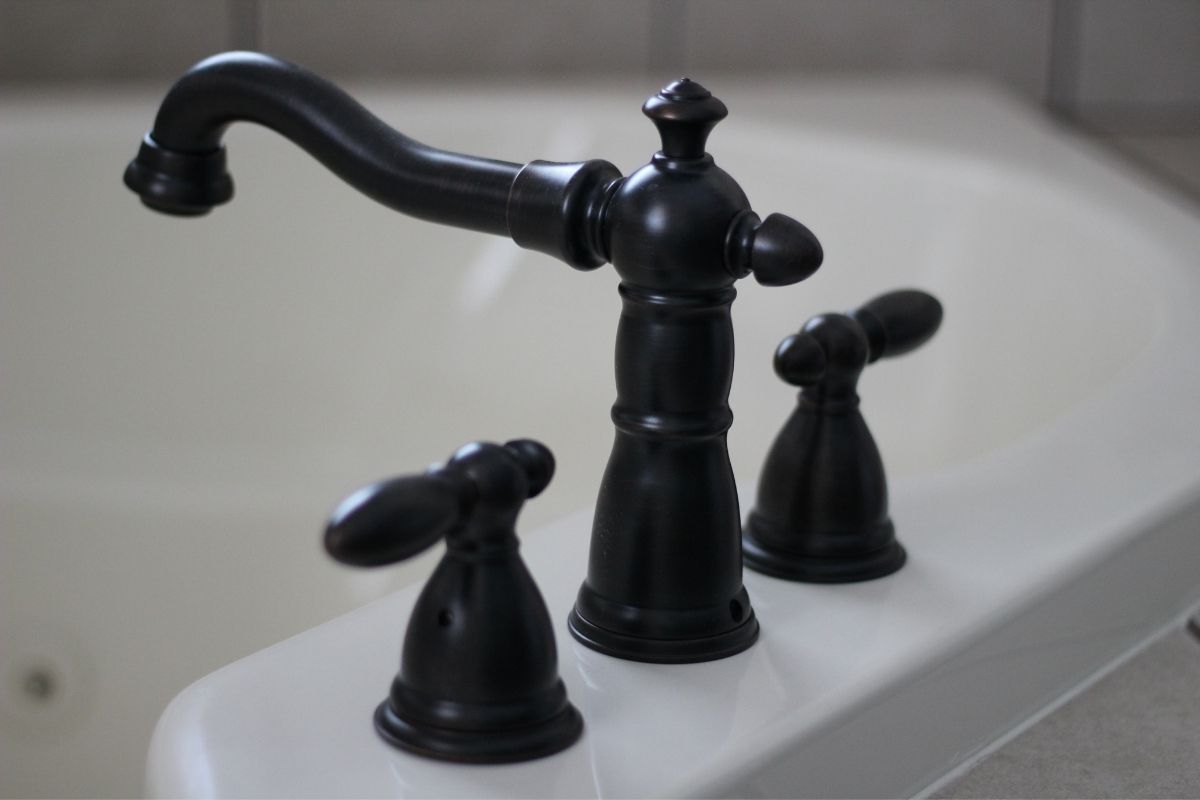 The Romans. Perhaps the greatest military might in history.

They are also famed for their enduring inventions, such as the codex book, sophisticated roads, and the Roman tub faucet?

Although the faucet isn’t the most recognizable of Roman gadgetry, it’s withstood the test of time and is now considered a premium fixture in bathroom designs.

What Is A Roman Tub Faucet?

You’ll also find a distinctive arched faucet head on a Roman faucet, which is longer than other faucet head designs.

Why Roman Tub Faucets Are Great

If you are unsure about which kind of faucet to choose but maybe you’re leaning towards a Roman Tub Faucet, here are a few reasons why it’s a great choice:

Is a Roman Tub Faucet The Same As A Garden Faucet?

It’s possible that you may have mistaken a garden tub faucet for a roman tub faucet. Whether you were examining a jacuzzi bathtub (see also ‘How To Remove A Cast Iron Tub‘) as you relaxed or just inspecting a friend’s bathroom setup, it’s very easy to confuse the two faucets.

Roman tub faucets are almost identical to garden tub faucets, sharing many of the same features.

To the untrained eye, the faucets look identical but a closer inspection will reveal the main difference between them.

So you’ve been tasked with finding a tub faucet to complete your bathroom design, but where do you start?

There are so many styles, types and variations to pick from to perfectly match your tub and bathroom aesthetic.

But with an abundance of different handles, water flow rates, and finishes, it can sometimes get overwhelming. Don’t panic, we’re here to guide you through finding the tub faucet that’s right for you.

Or if your blueprint hasn’t been finalized yet, then a freestanding tub faucet could be the centerpiece of your bathroom.

Ultimately, it will all depend on your preference. But if you don’t have one yet, here’s a guide through the different faucet types and other considerations.

As we’ve mentioned earlier, Roman tub faucets are deck-mounted faucets that need three holes drilled into the rim of the tub – four holes if you’d like a shower.

These faucets look especially sleek on stand-alone tubs, however, you’ll first need to examine your water supply lines. You may need underfloor access before proceeding and a platform will need to be installed next to the bathtub.

Also known as floor-mounted faucets, these faucets are suitable for tubs with no pre-drilled holes, as they hang over the edge of the bathtub.

The placement flexibility of these faucets makes them perfect for stand-alone tubs in spacious bathrooms.

However, underfloor access is required in your bathroom because the water supply must come from beneath the tub. Freestanding tubs should be installed in the early/middle stages of a bathroom redesign.

In smaller bathrooms where underfloor access is not possible and the tub is against the wall, a wall-mount faucet is the way to go.

With the added benefit of connecting directly to the water supply, you’ll save a lot of money and avoid so much hassle.