S-trap VS P-trap (Traps Made Simple) 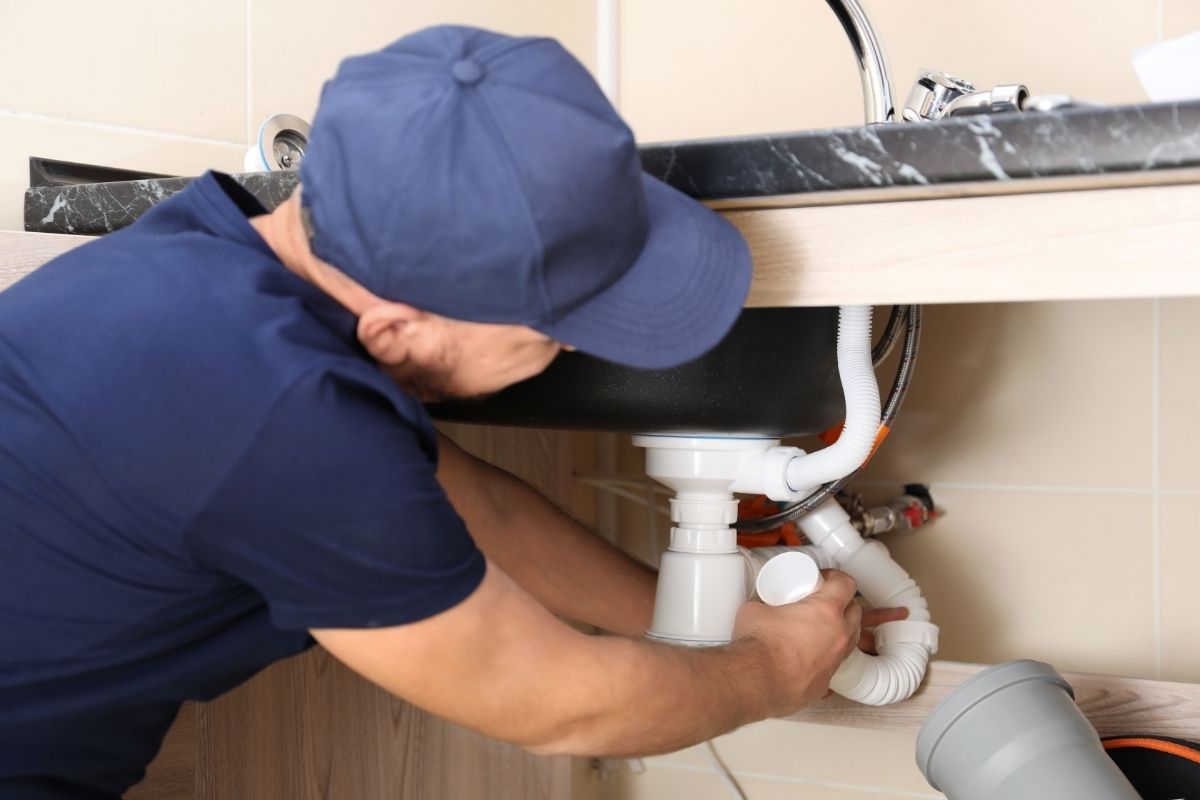 This article will cover everything that you need to know about the S-trap and the P-trap.

We will then put them head-to-head so that you can get a clear idea of which one is best.

What is a Trap?

A trap system consists of curved and bending pipes that prevent sewage odors and fumes from entering your property.

You’re undoubtedly aware that excessive amounts of carbon monoxide are fatal. The major benefit of plumbing traps is that they safeguard your family’s health and safety.

Without a trap, harmful gases would make their way into your bathroom or kitchen. When you flush your sink, tub, or toilet, part of the water gets stuck along the route, typically in the bends.

Trapped water is what prevents incoming gases from reaching your kitchen or bathroom. The trap, however, appears to catch more than simply gases. If you mistakenly drop a heavy thing down there, you’ll find it right here.

S-traps were a common drain arrangement in the early twentieth century. They were also common.

A drain in the shape of an “S” under a sink or tub was built, which normally diverted slightly and proceeded down into a drain line beneath the floor.

An s-trap drain arrangement may be enough for certain applications. However, there are situations when too much water runs through an s-trap, leaving the trap practically empty.

Gases can escape through the trap since an air gap is left.

This is known as a dry trap. S-traps were made banned in new construction some decades ago because of the risks of dry traps.

The major reason s-traps are no longer permitted is that when a big volume of water is drained, such as a full sink, a siphoning motion can occur, which frequently sucks the water down the pipe, leaving the bottom of the trap empty.

What is a P-trap?

To eliminate siphoning, p-traps were used instead of s-traps, notably under sinks. A p-trap has two primary properties that prevent siphoning.

The first type of pipe is a vented pipe. A p-trap is normally vented to the outside air through a wall and through the roof.

When air pressures inside the drain are balanced, siphoning becomes far less likely because negative pressure or the sucking motion required for siphoning does not occur.

Second, an extension is made to the trap’s drain side. The longer pipe decreases the potential of gravity pushing water through the pipe significantly. That section of pipe is known as a waste arm extension.

A simple calculation is performed to establish the needed length of the waste arm extension; the extension must be 2-1/2 times the diameter of the pipe to remove the danger of siphoning.

A waste arm extension no less than 3-3/4′′ long is required for a 1-1/2′′ drainpipe to guarantee correct p-trap configuration.

However, water inside a p-trap can still evaporate. As a result, there is no “ideal” configuration that can completely avoid the potential of a dry trap.

If your sink is not used often, evaporation might cause a dry trap. Running water for a few minutes and regular plumbing maintenance will prevent this danger.

Install the P-trap after mounting your pedestal sink to the wall. This pipe’s U-shape serves as a trap, retaining enough water to prevent sewage gases from entering the bathroom.

You can adjust the trap by moving it up and down on the pipe that exits the sink drain. The opposite end of the P-trap may slide into and out of the wall fitting.

If the P-trap does not line up with the drain coming out of the wall, you may need to trim the tailpiece that protrudes from the pop-up assembly to install it.

Slide the P-short trap’s side onto the tailpiece that slides down from the sink drain. Adjust the P-trap to line the trap arm with the opening in the wall.

If the P-trap is above the wall drain fitting when fitted to the end of the tailpiece, get a longer tailpiece.

Remove the lower half of the P-trap and insert the trap arm as far as it will go into the wall drain fitting. Pull the trap arm out of the wall fitting until it aligns with the trap’s top U-shaped section.

Get a trap arm that is longer if the trap arm comes entirely out of the wall before it can be linked to the trap.

Cut the trap arm using a hacksaw if it is in the wall fitting as far as it will go and continues past the U-shaped section of the trap.

Replace the trap arm in the wall drain, line it with the trap, and thread (but do not tighten) the slip nut.

The slip nuts on the tailpiece should then be tightened along with the wall drain fittings once you’ve assembled the trap pieces.

Converting an S-trap into a P-trap

There are several methods for converting an S-trap to a P-trap. You may easily modify it by using a full conversion kit. Otherwise, you must remove the S-trap and install an air admittance valve to convert it to a P-trap.

It can be difficult to convert an S-trap to a P-trap. However, with a little effort, you can do it quickly.

Before you begin, it is recommended that you remove the drainpipe. Any abrupt flow of water, for example changing the main valve without shutting off the water, might harm your system.

Using pliers, carefully remove the drain stopper. Take extra care not to harm the pipe’s lining. Remove any tape that is on the pipe first. However, keep an eye out for any leaks in your pipe.

Place a foil baking sheet beneath your pipe to collect anything that comes out of it. Proceed to the following step once it has been eliminated.

In this step, remove a section of the valve. So that we may make room for the pipe. Using a reciprocating saw, carefully cut through the trap. Take care to cut in accordance with the valve’s size.

However, exercise caution when using the saw. You’d be in a lot of trouble if it wasn’t sharp enough.

Insert your pipe into the corresponding hole. You may use any of the several varieties of PVC as long as it is strong enough.

Make sure the extension is at least 4 inches long. Furthermore, the length must be 2.5 times greater than the diameter.

A vent must be attached to the extension pipe. You can also improve control by installing an air admittance valve. Place the pipe and secure it. Tape or plumber’s putty can be used to fasten it.

Our conversion is complete; all that remains is to interconnect everything. Connect the drain line to its head and fasten it. Turn on the water to check for any leaks. If there are none, you are finished.

P-traps consistently keep water traps, but s-traps tend to dry up. S-traps, on the other hand, have an extra air-filter function.

Instead of looping over and back down, a P-trap design does something somewhat different. It runs horizontally before leaving downhill. The horizontal run forces the water to make a 90° rotation and go downhill.

This is a more popular design than the looping one. Due to the fact that this design allows for a wider water channel, the trap can handle larger volumes of water more effectively.

There is an issue with this design. Most individuals have a tendency of flushing potentially hazardous objects down the drain. As a result, the drain becomes clogged.

You can eliminate this issue by performing one easy thing: installing an overflow pipe. This allows you to convert an s-trap into a p-trap.

P-traps provide greater design advantages than s-traps. Because S-traps appear to be becoming obsolete and even banned in some countries.

P-traps are fairly consistent and effective in keeping water traps in place. Cylinders with four rows and cylinders with five rows are roughly equivalent. This pertains to the amount of water they receive.

This is not the situation with regard to size. Because it is more expensive to manufacture a higher capacity cylinder than a smaller one.

Larger diameter pipes are more efficient at capturing water when it comes to p-trap design.

S-traps are less effective since they tend to dry out. This permits gases to flow. They are also far more difficult to maintain clean. The entire trap system must be replaced, which might be pricey.

Bacteria can grow in the s-trap, creating odors and discomfort.

P-traps are the efficiency champions. They are more reliable than S-traps at keeping water traps in place.

The P-trap works by forming a natural water seal. Water can enter the overflow pipe but not return to the sink. Backflow is prevented by the water seal at the trap’s bottom. This keeps sewage gas from getting into the trap.

If you have an s-trap, you should be aware that it contains an air filter. It stops sewage gases from backflowing into your house without totally eliminating sewer gas.

The s-trap is the winner in this section. They feature a sophisticated air filter. As a result, it solves the p-trap gas leak problem.

There we have it, that was-traps made simple and after taking a very close look at both the S-trap and the P-trap, it is clear to see that the P-trap is the better option.

They are easier to install, have a more sophisticated design, and are more efficient. Although s-traps surpass their backflow prevention factor, p-traps outperform them.

Aside from these factors, the pricing and durability of these two goods are nearly identical. Drains can still become clogged, but there are various strategies to avoid this.