Indirect Water Heaters: How They Work and Why You’d Want One 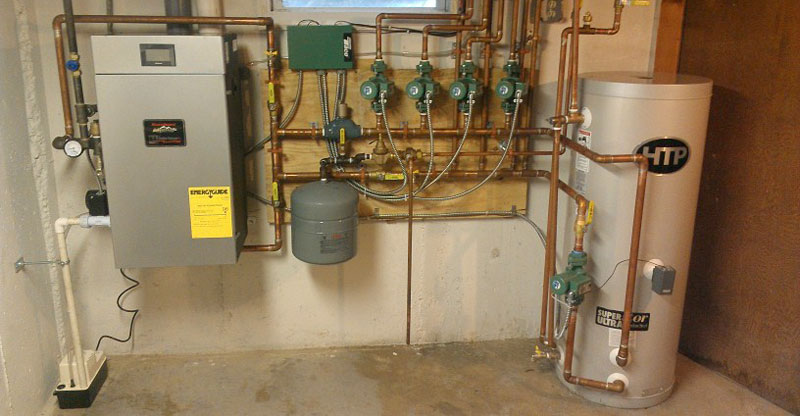 The system isn’t for everyone, and your household needs and HVAC systems can play a huge part in whether an indirect water heater is right for you.

Here are some of the things you’ll need to know before investing in one.

How an Indirect Water Heater Works

Indirect water heaters use heat transfer to create hot water. This means there are no electric or gas heating elements in the tank itself.

Instead, heat transfer coils run between the tank and either a boiler or furnace. The fluid in the coil is heated and then cools off in the water tank, cycling back through to the heat source.

Note that there is some confusion on how an indirect heater can use a furnace as its heat source. This is due to the fact that many older furnace models aren’t designed to handle integrated HVAC systems.

An integrated system is one which uses heat transfer to maintain multiple components. A good example of this is a modern AC unit, which uses a coolant that heats up and evaporated inside, then condenses as it releases the heat outside.

In most cases, your indirect water heater will be connected to a boiler (see also ‘What’s The Difference Between A Water Heater, Furnace, And Boiler?‘). Boilers provide very effective steam heating and are once again gaining in popularity.

As the tank itself uses no power, the heater doesn’t need any sort of venting. An indirect heater can use just about any type of power, from gas to solar, as it uses an external device to heat the water.

You will need to set the boiler up as a separate zone when connecting it to a heat source. The exchange piping usually contains non-potable water, which remains separate from the tank’s potable water supply.

The water turns to steam at the heat source, with temperatures as high as 200 degrees Fahrenheit. Upon reaching the lower end of the storage tank,  the surrounding cooler water pulls heat from the coils and the steam condenses back into a liquid to be recycled back into the heat supply.

Due to issues with how efficiency is calculated and compared between direct and indirect models, it’s difficult to estimate which is more efficient in these two types of water heater.

However, it could be argued that standard direct water heaters have a slight advantage, since there’s always some heat loss when transporting water over a distance. Indirect heaters balance this by having fewer parts exposed to the naturally corrosive elements found in the tank water and no independent energy cost.

In the end, indirect heaters can be most efficient in homes which are well-suited or already employ a complimentary-style HVAC system. 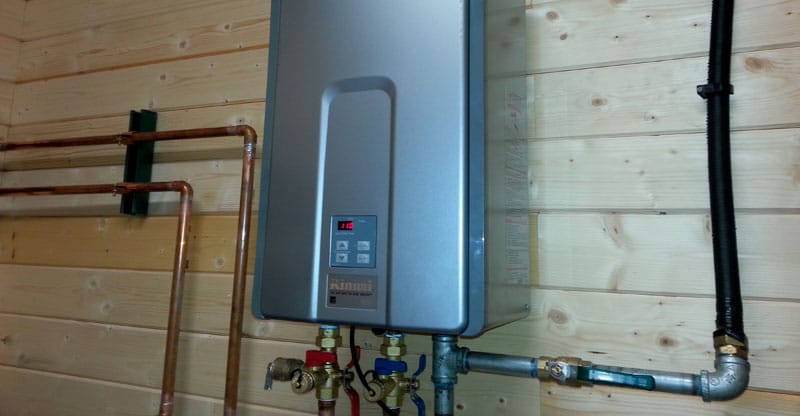 Tankless water heaters can provide a certain number of gallons per minute (based on their rating) indefinitely. Meanwhile, an indirect heater can provide unlimited hot water per minute up to as many gallons as the tank can hold.

In both cases, you will have to rely upon an energy cost to maintain water temperature. This cost largely depends upon water demand and how well insulated the indirect heater’s tank is.

A busy house will benefit more from an indirect heater, as it isn’t limited per minute, while a smaller home will function more efficiently with a tankless heater.

You can also pair the two by placing on-demand or smaller tankless models in places such as the kitchen to offset the demand in a larger home.

Why Should I consider an Indirect Water Heater?

Indirect water heaters take advantage of an existing heating source for power, thus they can save a lot of money over the long run.

They need less maintenance than a direct model due to having fewer parts, and often have superior insulation negating the need for a water heater blanket.

As they don’t need a flu or separate gas line, an indirect heater taking advantage of a gas-powered boiler will be far more energy efficient (obviously, this doesn’t translate to electric-based systems).

Note that indirect systems aren’t ideal for a forced air furnace, which is far more compatible with tankless water heaters. A tankless model requires its own electricity and fuel, but draws heat from an indirect furnace.

Meanwhile, an indirect heater will draw from your boiler even during the summer, but the boiler will run only as needed, allowing for continued energy savings all year.

When an Indirect System isn’t Viable

One of the big downsides to indirect water heaters is the inability to splice one into any old home. For example, forced air furnaces won’t be able to heat the exchange pipes (see also ‘How Do I Know If My Furnace Heat Exchanger Is Bad?‘).

They can also be a poor choice for homes where very little hot water is needed, as you will still be keeping a large tank hot (usually at least 30 gallons). An on-demand system is far more efficient in such homes.

Can I Install an Indirect Water Heater Myself?

Installation can be very similar to a direct water heater and similar problems can arise. The main difference is that the exchange components will require some additional skill to properly install.

Hiring a professional will help ensure optimum efficiency. You can, however, install the tank yourself if you have experience in complementary systems.