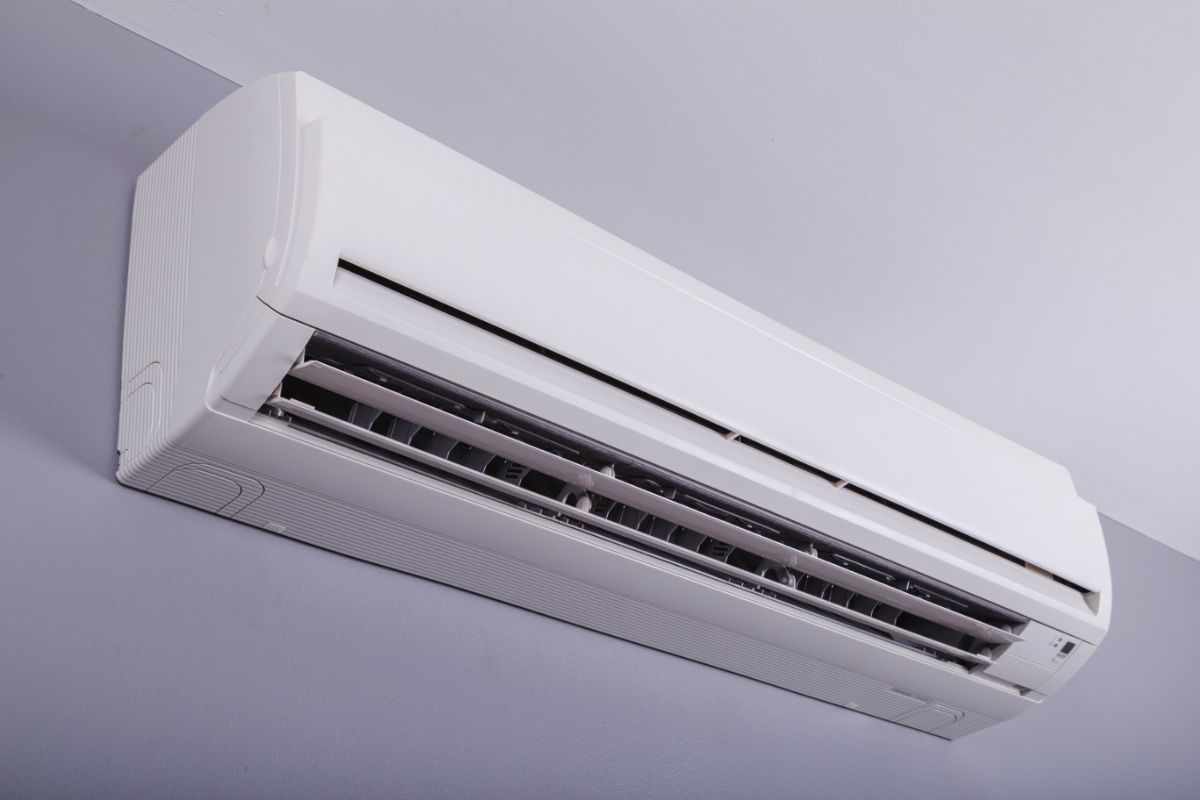 It’s a debate as old as time…well, nearly.

When it comes to air conditioning, a lot of homeowners are torn between two different systems: central air or mini split.

Each one has its advantages and its drawbacks, but it can be tricky choosing between the two.

So, to help you out, here are both systems compared against each other.

We are going to cover seven important factors you should consider when choosing if a mini split or central air system is best for your home.

Check out those factors underneath so you can choose between central air (see also ‘How Much To Install Central Air With Ductwork‘) and a mini split system with confidence!

What Are Central Air And Mini Split Systems?

First up, let’s make sure we are all on the same page about the differences between these two air conditioning and heating systems.

The first is packaged air conditioners which keeps the cooling components outside your home in a single cabinet.

The second type is called split-system (not the same as mini split) which splits the cooling components into two and keeps one half indoors and the other half outdoors into two separate cabinets.

Although these systems also have an outdoor unit, they use an indoor ‘ductless’ wall-mounted unit that disperses cool air through your home.

These units are sometimes called ‘evaporators’ and do not connect through a series of ducts like central air conditioners do.

So, now that you know the basic differences between these two different systems, let’s take a look at the seven most important factors you should keep in mind when choosing between the two.

Air conditioning is a vital part of any American home, but they can be expensive to install.

This is mainly down due to having to install so many connected ducts and factories, which drives up the cost due to the amount of extra work that’s required to properly install a central air system.

That’s a huge range between the most affordable price and most expensive, but that range is because you may need to add more and more evaporators due to the size of your home.

However, if your home already has the ductwork necessary for a central air system, then it might be the more affordable option for you.

If not, then it’s work looking into how much a mini-split system will cost for your home as its installation is a lot easier and thus, more affordable.

With the cost of energy rising, it’s also important to be conscious of how much energy each air conditioning system uses.

Opting for a low energy consuming system could save you a lot in terms of energy costs, which makes it the more affordable option in the long run.

The last thing you need when running your air conditioning system is for the noise to be loud and distracting.

Unfortunately, this is the reality for a lot of homes across the US – especially in those that have central air conditioning systems.

Central air conditioners are known for being very loud and that noise will echo through the house due to all the connected ducts and fans.

This is because the outdoor unit is the main source of this noise and due to its connections to the ducts, it’s easy for the noise to travel inside from the outdoor cabinet.

Mini-split systems are a little different.

Although it’s not silent either, it can be placed further away from your home and without the connecting ducts, it’s more difficult for the noise to travel and carry like it does with a central air system.

So, for a quieter home, you may want to opt for the mini split system.

Some air conditioning systems also offer heating so you can warm up your home and keep it cool all using the same system.

Luckily, both systems offer this option but to different effects.

So, if you don’t need to rely on a heating system that is robust and heat up your home every winter without fail, then a central air system would be recommended.

However, if you would rather your air conditioning system to also adequately heat your home, then a mini split system should do the trick.

Some homes need to have a more capable air conditioning system than other homes.

Homes in warmer climates will generally need a higher capacity and be larger to help avoid airflow issues and low performance.

So, in this case, central air conditioners are the better choice before they have a greater capacity than mini split systems.

Mini split systems usually do not do well in warmer climates because there needs to be at least one (or sometimes several) evaporator in each room and this can drive up their cost.

The reason why a lot of homeowners want to choose the mini split air conditioning system is because of its ability to cool each room in your home individually.

This means that one room in the house could be using the air conditioning, while all the others are not – which can really drive down costs and help everyone adjust the temperature to their own tastes.

However, this feature is not possible with central air conditioners.

You either cool the whole house or not – so if one person is too hot, or if you know you are restricted to one room for the day and don’t need to use the air conditioning in every single room of your house, then you are stuck.

So, room by room cooling is a great feature that mini split systems boast which makes it a very attractive choice.

And finally, we come to appearance.

This is one of the biggest factors to consider because the last thing you want is for a big, ugly unit to be in every room of your house.

This is the unfortunate reality of mini split systems.

Each room will have an evaporator attached to your walls, and you will have to come up with different camouflaging techniques to try and stop it from spoiling the aesthetic of the room.

This is generally the biggest turn off for a lot of people when it comes to mini split systems.

Central air conditioning systems do not have this problem which does make them a more attractive option – but can you say that you can afford the cost by opting for a central air system instead?

So, there you have it – the seven most important things to consider when choosing between a central air system or a mini split system .

Each one has its own unique advantages and disadvantages, so it’s important to take each one into consideration.

Think about the cost of each system plus its aesthetics and the extra additional features it has so you can pick the right system that will be most advantageous to you and your home.